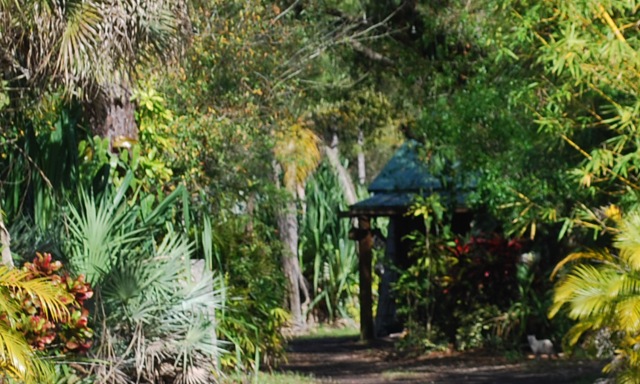 Spinning circles of place and time. The story really has two tracks. Each mingled in with the other until the the rope stretches to the breaking point. Sam is thrown into both parts, entangled by circumstance out of his control, bad guys being bad guys.

Meet the Santee brothers. The Florida part of the double play. Sand and sun, the heat turned up to trouble. From ROPE BREAK, the next SAM DELAND CRIME NOVEL, set to release soon:

It was hot and sticky. Even at this time of the morning the humidity slung itself across the pastures and hammocks like an invisible fog. Air so thick you felt like you were breathing water. Jimmy needed a bath. Today’s sweat was running down his back over last night’s dried up crust and he couldn’t get the last spark plug out. The socket didn’t seem to fit in between all the hoses and wires plastered all around the engine block. “Shitty little cars,” muttered Jimmy. The wrench finally took hold and he skinned his knuckles twisting out the old plug.

His brother, Russell, stepped back across the bowed and uneven boards that covered the porch of the small wooden house and went inside. Little or no white paint remained on the outer walls and the two windows on the front side had torn screens that didn’t do much to keep out the hoards of biting insects that lived in this part of rural Florida.

This was the second house the Santees built on the family plot. The first stood fifty feet to the east and was even more run down. They had let it stand even after they had to get out of it because of the termite damage. They used it for storage now. The “new” house didn’t look much better. At least the bugs hadn’t eaten out the floor yet.

“Hey, get outta that beer. That’s mine!” Momma yelled from her bedroom at the back of the house.

“Shut up, old woman. Me and Jimmy got work to do today. We’ll bring you back some more later. Old witch.” Russell grabbed two cans out of the refrigerator and walked through the living room and back out to the yard where Jimmy was working on the Mustang.

The only good things about this miserable little bit of palmetto and sand were the three big live oak trees that provided shade to this part of the yard. They spread up and out like ponderous green umbrellas to block out the scorching Florida sun. Jimmy had the car parked out under the shade. It helped a little, but he was still miserable from the bugs and the heat. Russell and Jimmy Santee were both coming off nasty divorces and had moved back in with Momma. Jimmy just recently. Momma bothered them some, so they tried to keep her in beer to shut her up.

Jimmy took the cold can from his brother and drank half of it with the first gulp, “I gotta get outta here. She’s drivin’ me nuts. Worse’n my ex-old lady.”

“She don’t mean nothin’. Ya get used to it after a bit. Specially about the third a the month when her check comes.” Russell laughed a goofy hee haw like laugh and Jimmy grinned at him. Russell was a little slower than most and even though Jimmy was younger, he looked out after Russell.

Their nearest neighbor was a few hundred yards down the sandy dirt road. Their granddad settled on this piece to farm it years ago and over the years they had to sell off parts just to pay the taxes. Drank up the rest. Didn’t do any farming anymore. Just a few half wild chickens. Now they hustled a bit. Sold some grass and whatever they could steal.

Jimmy wasn’t satisfied any more. He wanted things. He wanted people to stop looking down at him. But with no education, no real skills and a record, it made it difficult. Lately, they figured a new one. Lots of new construction along the Gulf and it was spreading inland. Half built houses just full of copper pipes and brand new stoves and refrigerators. Most construction companies couldn’t afford to hire nighttime security. That made it easy for Russell and Jimmy. All they needed now was a good truck to haul the stuff. Jimmy knew buyers in Fort Myers, Fort Lauderdale and up north in Tampa.

“Hand me them new plugs there, big brother, and go get me ‘nother a them beers.”

Russell didn’t get up from the beach chair at the base of the oak. He nodded that he heard his brother and sipped on the warming beer. He was a might slow, but he knew they were going to move on up once they got them a truck. Jimmy had it all figured out. Just slip in to the houses and take what they wanted; sweet deal. He wondered why Jimmy insisted they keep Grandpa’s Winchester in the trunk. Just in case, Jimmy had said. Just in case.