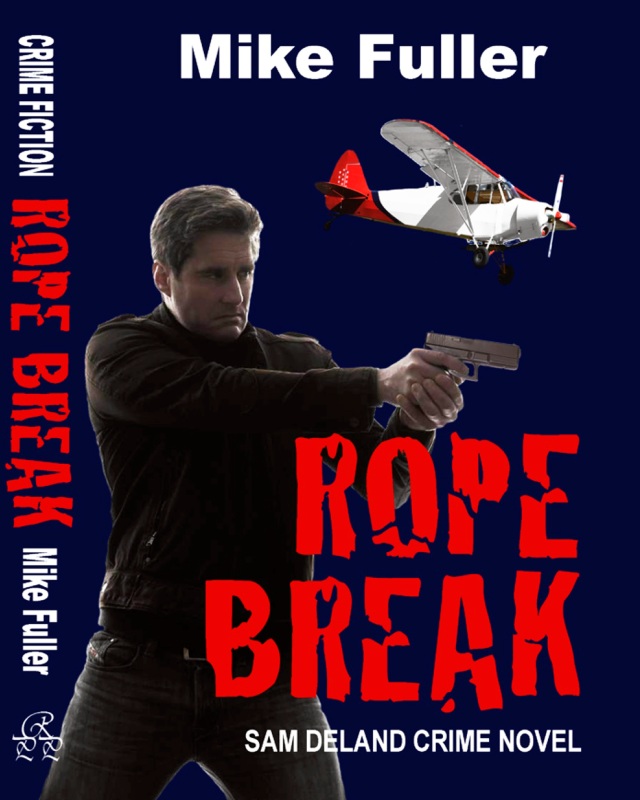 Still my favorite work, so far. The second in the SAM DELAND CRIME NOVEL series and written while still editing SINK RATE, the first in the series. A story within a story and introducing Detective Christie O’Shea, the smart, tough and relentless Florida cop who has to outsmart and outshoot the bad guys. Places and people from my real life past in modern fictional form. SIDE SLIP followed and GROUND EFFECT is soon to be released. ROPE BREAK would be an outstanding Christmas gift for the crime fiction nut in your house.

Sam dove down to two hundred feet and cut his speed to 80. “Get ready,” he told Christie.

Jimmy saw the plane coming nose on and then bank left, drop down and bank back to the right. He raised the Winchester and fired again. As the plane passed, he levered in another round and fired at the tail as it flew by.

“What happened?” Sam said over the intercom. Christie had not fired on the shooter.

“Ah, forgot the safety was on,” she said somewhat quietly.

Sam cranked the Supercub back around and passed over the truck. Jimmy fired again, but Christie opened up with the .308 and pumped out ten quick rounds. Jimmy hit the ground as pieces of truck began to fly everywhere. Bullets slammed into the windshield and the bed. Heavy rounds that sliced right through the steel body. Jimmy crawled under the truck and squeezed around where he could support the rifle on the rear tire. “Come on, you prick, come on!” Jimmy yelled. As the plane flew past, Jimmy managed to slide one loose round into the Winchester and crank the lever.

Sam wasn’t sure if any of Jimmy’s last rounds hit the plane. The instruments and gauges were all okay. He yanked it around again, looking for Ken as he turned. Christie was changing mags behind him and leaned back out the window with the rifle.

Jimmy had one round left in the rifle and would have to expose himself to get more from the cab. Whoever was shooting from the plane had a big rifle and he was afraid. The plane was coming around again low and slow and he waited until he could see the pilot and pulled the trigger just as the truck began to fall apart around him.