GOOD OF THE ORDER 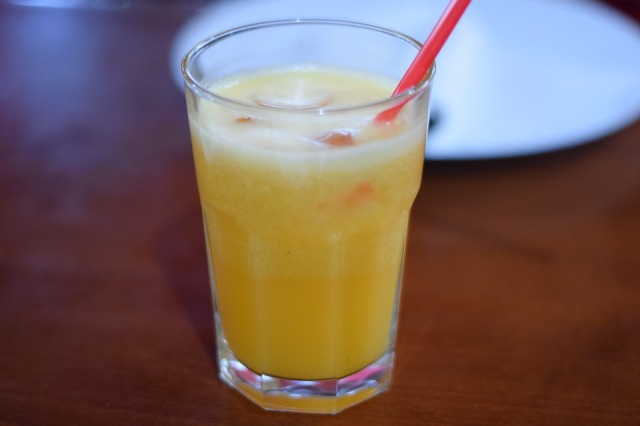 Sometimes rules are meant to be bent, just a little. For the right reasons. A bit of a conspiracy, an agreement between parties seeking the same end. We’ve met Trish and she might have bitten off a little more than she bargained for.

When he sat up awake after only two hours, Gerry spent some time on his laptop. He scrolled through the press reports of the shooting and the explosion but didn’t learn much new. The FBI was gearing up for a full scale operation and the dead trooper was relegated to only a mention. Gerry called the major and woke him up.

“I don’t want to get sucked up into the FBI vortex on this. These guys are still out there somewhere and it isn’t between here and LA. They laid a false trail. More people are going to die before this is over. I need you watching my back on this.” Gerry waited for the boss to respond.

“We run our own, you know that. We’ll let Jason and the other San Antonio Rangers watch over the federales. Do whatever it takes. Keep me informed.” The major left it at that and was gone.

Gerry paced for a while and then dug out her card. Her cell phone number was there under her Houston office number. “Did I wake you up?”

She was here in the same hotel up on the fifth floor. Her and as many out of town federal agents the hotel could hold. She knocked on his door and came in wearing socks, sweat pants and a Vanderbilt hooded sweatshirt. “Jesus Christ, Santos. You are becoming a pain in my ass.”

Gerry closed the door and followed her in. “Beer or coffee?”

She stopped in front of the newsfeed on his laptop and turned, “Vodka and orange juice. I wanna be able to see the vodka.” She dropped into the chair and began to work the computer.

Gerry played bar tender and raided the little bottles in the refrigerator. He got a Modelo Negra for himself and pulled the other chair over next to her. “Skal.”

Trish swallowed about half of the drink and coughed her throat clear. “You mean skol?”

“My Norsemen ancestors said skal, but it means the same. The Danish bastardized it when their Viking masters were looking the other way. So, I need to see into the FBI computers. You ever been to federal prison?”

She widened her eyes and then drained the glass. She held it out and said, “I think I’m going to need another one for this.”

Gerry took a long gulp of his beer then fixed her another drink. While he had his back to her he said, “It’s for the right reasons. I just don’t want to bother them with all the gritty details.” He handed her the mostly vodka screwdriver.

“This ought to be good.” She took a modest drink and scrunched her nose. “Wow.”

“The phones are going crazy. Every Mexican over five seven and every male of Middle Eastern descent is being looked at by neighbors and anyone they pass by. I know our Hoover Building pals have a way of sorting the information. I just need to be able to drop in and out of the database so I can check against what I find out on the street.”

“What makes you think I have access to that and even if I did that, I would violate all sorts of rules and procedures by sharing it without filling out forms and asking permission from some U.S. Attorney type.”

“Well, there you go. You answered the first question without losing blood.” Gerry hoisted his beer and took a big swallow. “Which means we just have to get by the second part of that.”

She just stared at him.

Gerry scratched at the place his Ranger hat left an almost permanent crease on his forehead. The hat was on the other queen bed in the room. A rare moment not atop Gerry’s almost blonde hair. “Look, I probably could get on a list to have access to it but through a cut out. I want to be able to sit where you are and have my little computer help me, no, help us, put our hands on these shits. And screw the FBI.”

She raised her glass and said, “Hear, hear. But no.”

The negotiations lasted two more mini bottles of vodka and a couple more Modelos then retreated to the pool, which was closed. The security guard found them in wet underwear and asleep on pool loungers two hours later. He picked two big pool towels from the bin and covered them up. The sun was just starting to brighten the eastern sky and he was due to punch out soon.

Diary of a Bookseller

An online place for notes and random thoughts. No essays, no reviews, just first-draft impressions.

we love all waggy tails